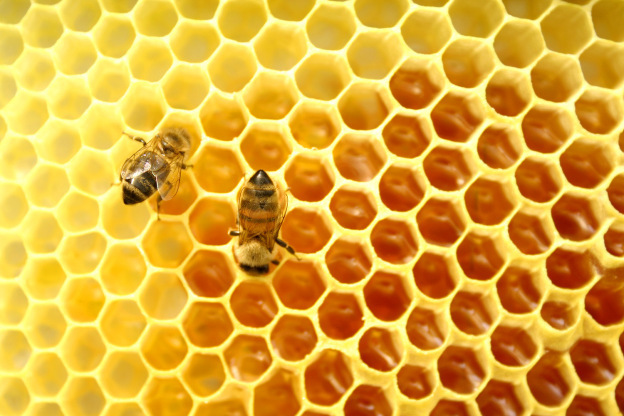 Honeybees are fascinating, and there are still mysteries about why/how they do some things. Like start swarming. We just don’t know how they make that decision, and it does look like it’s related to the size if the colony relative to the nesting space, but there’s more to it.

The workers seem to initiate the process, by making new queens—maybe a dozen or so. They take normal eggs from the queen (who is more accurately called a mother, laying 1500 eggs a day), and put them in a specially constructed honeycomb cells that they built, then feed them a special diet to raise those eggs as a fertile queens instead of sterile workers. Before the new queens hatch from their cocoons, the workers—thousands of them—start to shake the old queen.

Just a little at first, they walk up to her, put their front legs on her shoulders, and shake her. Every time she turns around, these workers who normally care for her and help her and feed her are shaking her. More and more, until she’s being harassed by shaking. The vibe in the hive is tense now, things are unsettled, and everyone is on edge. But the queen is starting to get in really good shape, exercised by the workers until she’s ready to fly with them to go find a new home. 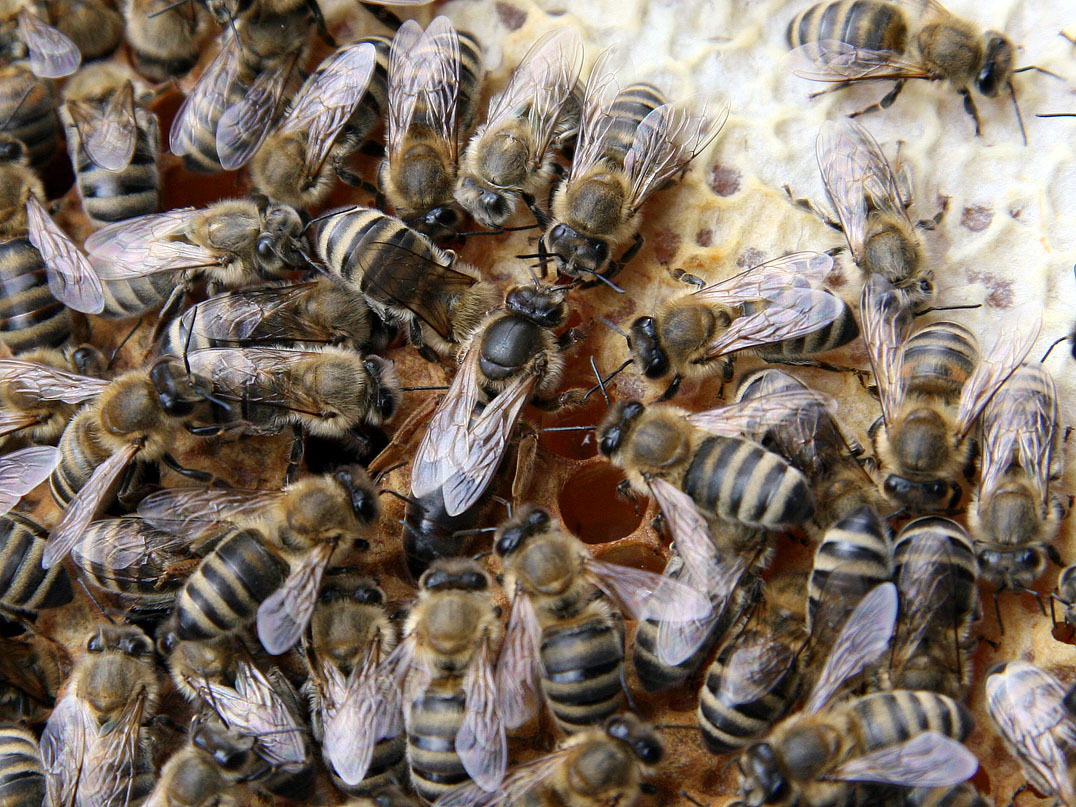 Just before the new queens hatch, about 60% of the workers and the old queen leave. It is sudden and irreversible. They take off, leaving the hive and leaving the remaining bees to create a new colony. They’ll never go back.
This is, I’ve always thought, an elegant gesture by nature: imagine your parents saying, “Hey, look, you’re grown now, and you can start your own family. We’ve lived much longer and have more experience and money, and stable jobs, I mean, we’ve figured things out.

So, instead of sending you out into the world, inexperienced and ill-equipped, we’ll go. Finding a new home and a new neighborhood is difficult and makes you vulnerable; we’ve got a better shot at doing it right. We are leaving you the house, which we know is a good one, and which we’ve furnished. So you’ve got a real head start here, and we think this is the best way to assure that you will survive and thrive. Goodbye, this house is yours. Please do the same for your kids.”
That’s what honeybees do. The old queen leaves. 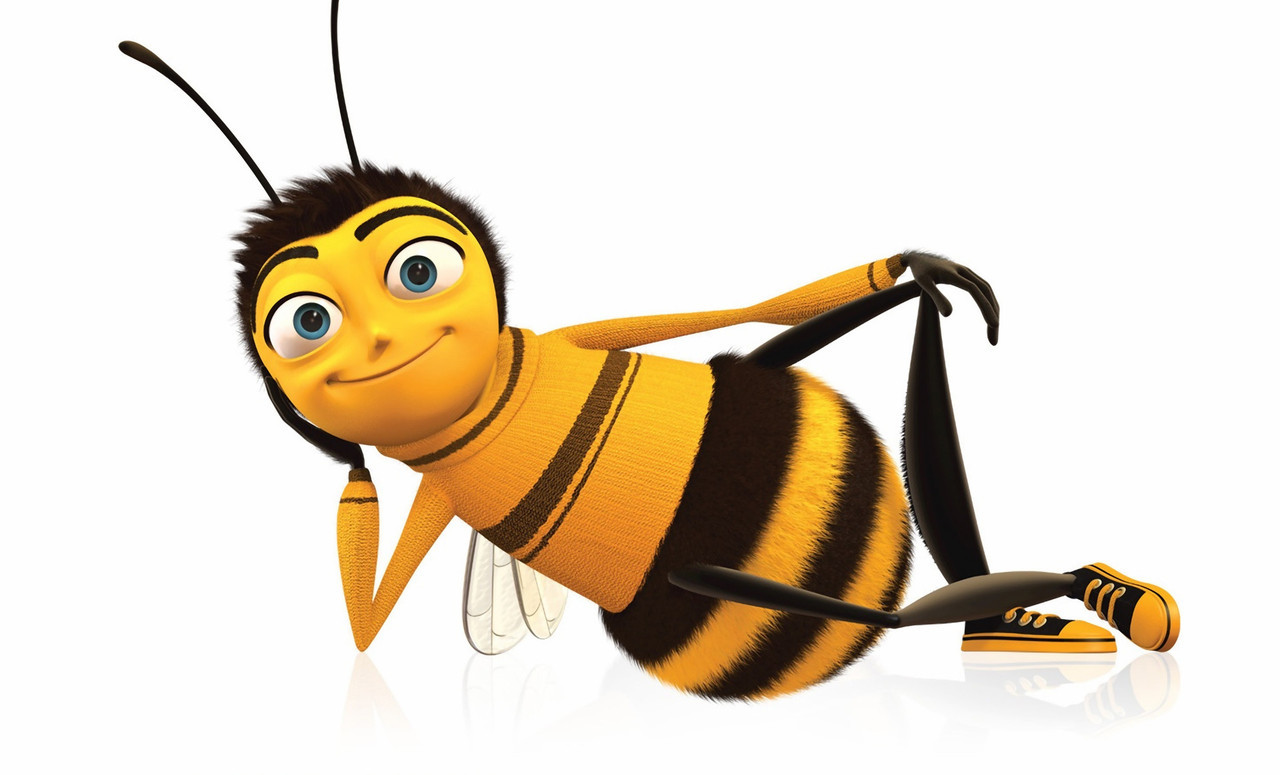 The moment they are gone, those 10,000-20,000 bees will no longer protect the old hive, no longer gather food for the brood there; they’ll never return. They fly away in a spectacular buzzing cloud, then alight on a branch nearby to reconnoiter. OP’s bee-ball is a swarm at this stage. Then the coolest thing happens. A small number of bees head out to find a new hive.

These scout bees head out in all directions, looking for a good home. They check out spaces, taking note of entrance size and direction, volume of the inside space, height off the ground, and all sorts of other characteristics of the spaces they find. They measure the place. They consider the light. They check out the neighborhood. Just like we do. When a bee finds a decent place, she heads back to the bee-ball, and reports. She grades the space on a scale of hipster-headnod to lost-in-the-music: a little bit of dancing is an ok place, lots of dancing is ‘you gotta see this place, seriously you guys it’s perfect’.

They tell the other bees where it is (in dance!) and the others go check it out, a few at a time. Then they come back and they’re all like “nah, don’t bother, I’ve seen better” or “she was totally right, you gotta check this place out” and so more go, and meanwhile there might be a dozen places being checked out, and everyone is leaving and coming back and talking about all the possible new homes, and making arguments about which one is best, and basically voting. Until they reach a consensus. They’ve made their arguments and listened to everyone else’s, and then they agree on one. Then, they go.
The moment they’ve agreed on the best place, the bee-ball comes apart and they fly—in a bee-line—straight to their new home.

Honeybees do not fuck around. They go straight there and start making comb, so the queen can start laying eggs, and the foragers can start bringing in nectar to make honey. Meanwhile, back in the old hive, remember that when we left them, they didn’t have a queen. The old queen left, and the new ones hadn’t been born. Very shortly after the swarm leaves, the new queens start to hatch. They are inside cocoons inside their special queen cells, which are capped. 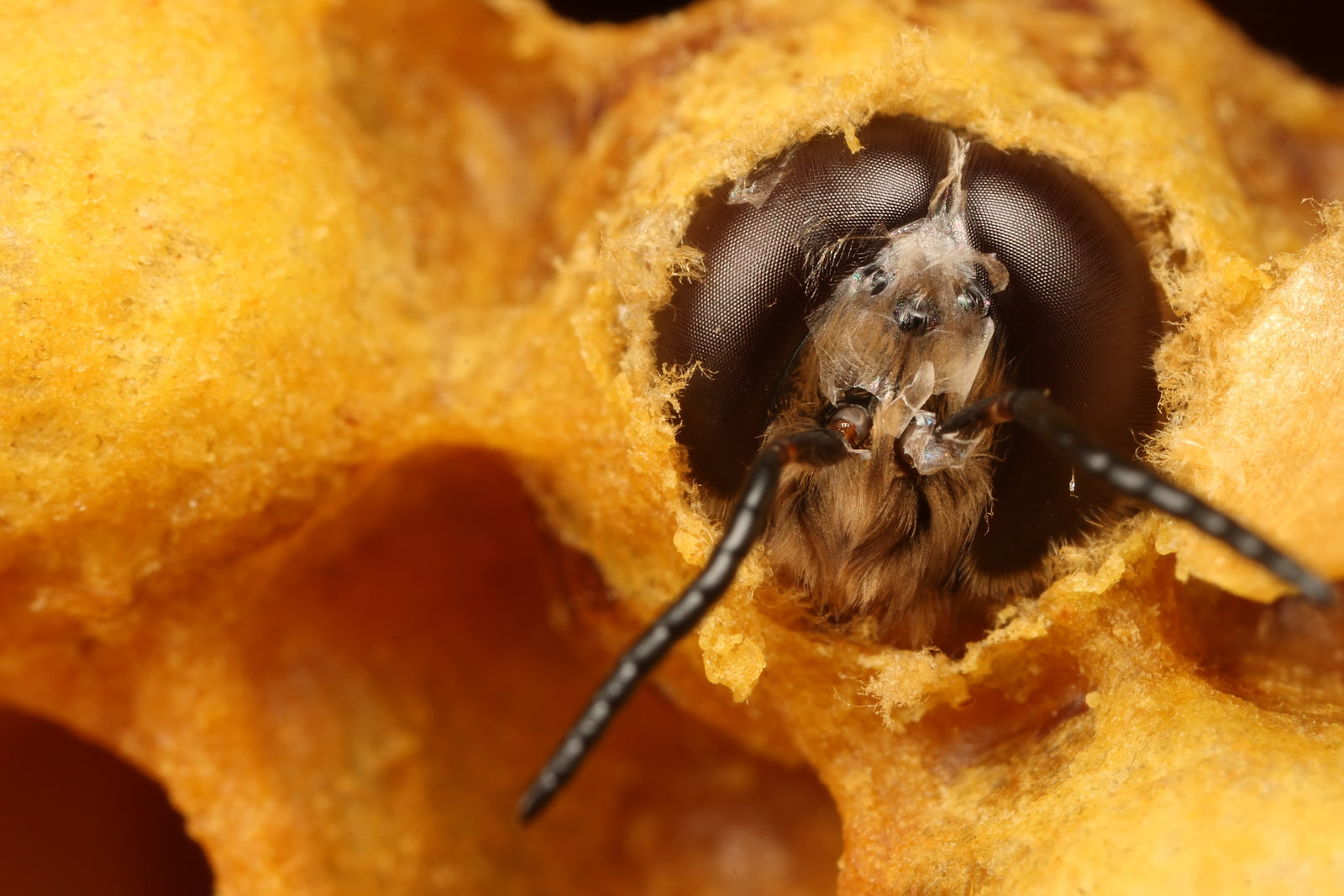 They hatch out of the cocoon, then bust through the cap. Which isn’t easy. They may be queens, but they are babies, and it takes a lot of strength to break through the cap. But honeybees do not, remember, fuck around, and queens are very badass: they are born strong and ready to fight. And they do not tolerate competition. Two queens meeting will fight to the death. But the first queen out won’t even wait for that: she methodically goes and finds all the other queen cells, and kills her competition before it hatches. With her stinger, which isn’t barbed, and which she can use again and again in a bloody slaughter-murder-sorocide fest to establish her dominance. If, while she’s busy killing their sisters in their sleep, one of the other queens uses the distraction to get out of her cell, then it’s a battle royal.
It’s a kind of magic. There can be only one. And this rage that seems to last a thousand years will soon be gone.

One queen, one mother. The strongest queen and mother. The best queen and mother. The colony is whole, new, and gets to work.
Where once there was one, now there are two colonies. The evolutionary reason for the split is propagation of the species and genetic diversity. Honeybees are like human cells: each one is meaningful only as part of the whole, and cannot survive on its own. The organism is the colony, as the organism is the human. Sure, the queen lays eggs and replenishes lost bees and grows the colony all the time, just like our bodies do with cells. But real reproduction—genetic reproduction—is making new colonies like we make new humans. I’m not going to tell you how we make new humans because you might be too young. But I will tell you that swarming is nature’s way of propagating the honeybee species and of assuring genetic diversity and, ultimately, adaptation and survival of the species.

That new ass-kicker queen in the old hive celebrates her bloody victory by going out, for the first time, to a singles bar zone—where all the male bees are cruising—and getting laid. Repeatedly. With as many male bees as she can find. She fucks while flying, on the wing about a mile up. Without protection.
When she’s done, she brings home a sack full of about 6,000,000 sperms, a mixed bag from lots of different drones from lots of different colonies, and starts to lay 1500 genetically diverse eggs every frickin day.

Why you’d want a physicist to speak at your funeral